Raleigh’s Cameo carries on the tradition of the joy of riding.

Raleigh’s 2015 Cameo, a member of their Heritage Urban line, is a throwback to the days of upright steel riding.  The Cameo was a very popular ladies bike back in the 1970s and 80s in England and Raleigh has revived as an urban commuter in 2015.  Gone is the Sturmey-Archer internal three-speed hub of the 70s, replaced by a 7-speed traditional derailleur shifting system, but many of the original features are still in place.

I was a big fan of Raleigh’s Classic Roadster back in 2011 when I got to test it.  I liked it so much, I bought one and gave it to my sister to ride around town in Boulder, Colorado – she calls it Lulu!  Upright step-through bikes can be so much fun.  The pressure to go faster and get fitter is gone and you’re charged only with the obligation to breath, relax, and enjoy the world around you…and maybe pick up a sack of groceries.  The Roadster has been discontinued, alas, but the Cameo steps into the void admirably.

Cameo’s seven well-spaced gears will get you up and over most hills.  Its built-in fenders remove any worries about getting splattered if a rain shower pops up unexpectedly.  Little details like the chain guard, cushy saddle, and bungee-corded rear rack afford a comfortable commute or neighborhood ride without the fuss of backpacks, pant-leg clips or special bike clothes.  There’s even a little retro bicycle bell!

The Cameo has a reasonable cost for a sturdy and practical steel bike that can handle streets, paths, and gentle gravel trails (think Rails To Trails paths).  Bike weight is around 36 lbs, which isn’t really an issue if you’re not in a hurry.  Well cared for, a steel frame bike like the Cameo will last for decades, but if you want to consider a more modern alternative, Cameo’s sister bike, the Spirit, has all the same features on an aluminum frame in a cream white color for $450.  The Cameo is a great bike for anyone getting back into cycling and looking for the same experience they had on their first bike as a kid. 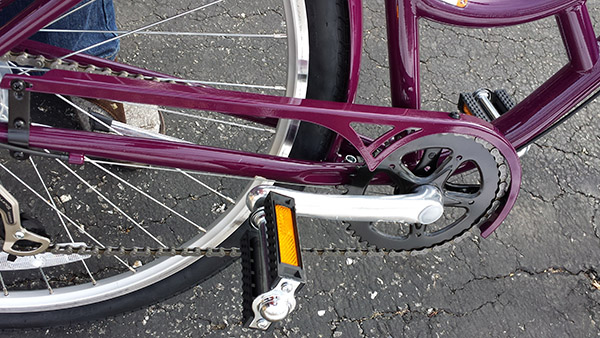 Chain guard – no need to worry that your trousers will get chewed up. 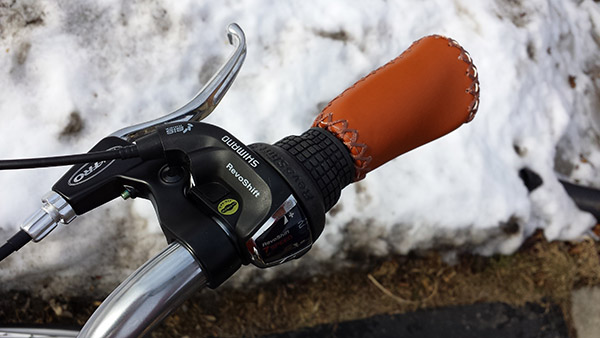 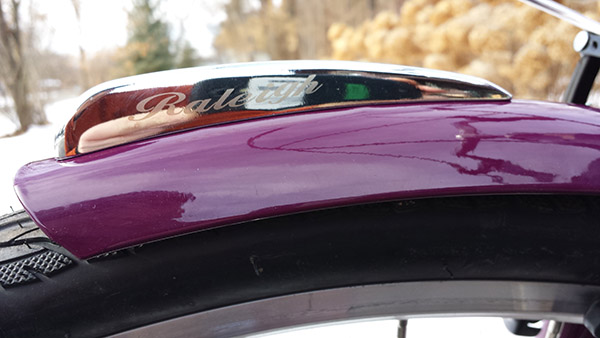 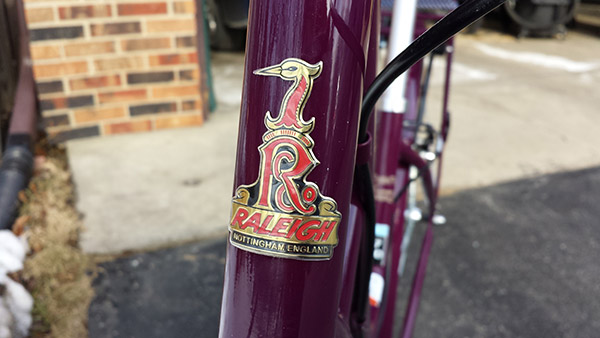 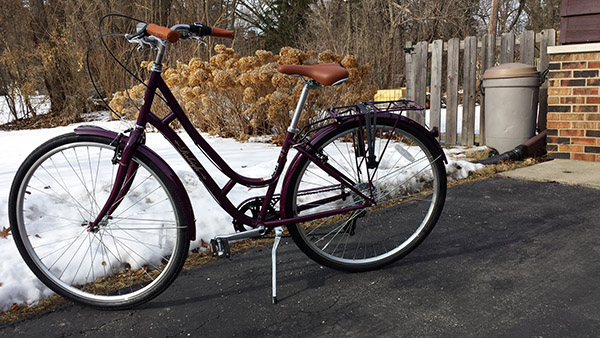 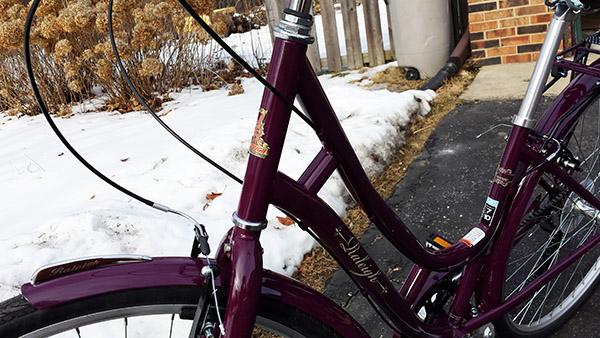 A few of the paint details – fleur-de-lis flourishes. 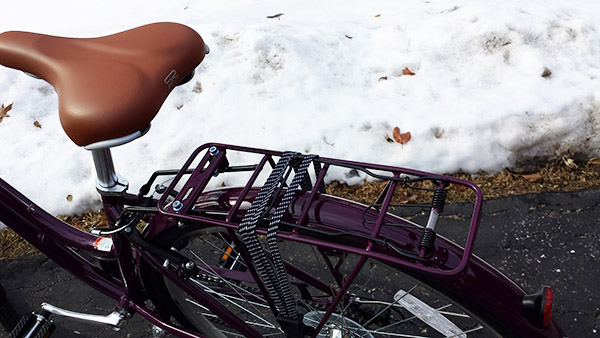 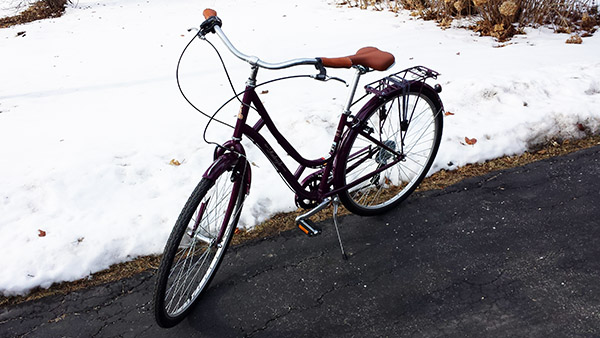