Women’s Adventure Teams Up with HERA Foundation for Climb4Life 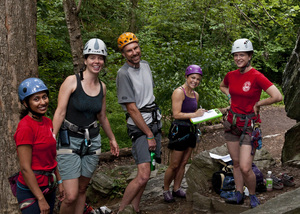 Women’s Adventure is partnering with the HERA Women’s Cancer Foundation, a nationally recognized nonprofit whose mission is to stop the loss of women from ovarian cancer, by supporting the Climb4Life Colorado on June 22, 2013, at Eldorado Springs State Park.

This one-of-a-kind event brings together beginner and expert climbers, ovarian cancer survivors, their families and supporters, and those simply seeking a new adventure to rock climb and hike, raise funds for ovarian cancer research, and drive awareness of the signs and symptoms of this deadly disease. Climb4Life is open to people of all ages, abilities and skill levels. The series includes events in Washington DC (July 13) and Utah (Sept. 13-15), plus one in Boston that occurred in March. To register, click here. 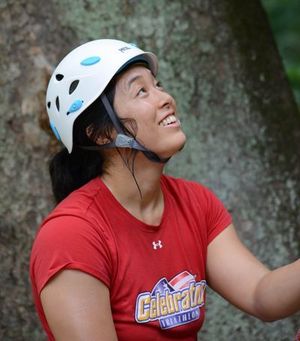 The Climb4Life series was conceived in 2001 while HERA Founder Sean Patrick was recovering from her seventh ovarian cancer surgery. Ms. Patrick saw the correlation between the skills needed for rock climbing (confidence, refined decision making and a sharp eye for assessing a situation quickly) and the skills needed for coping with health issues. What started as a single event in Salt Lake City has grown into a national program attracting hundreds of participants in Boston, Boulder, Washington, DC, and Salt Lake City. Climb4Life is fundamental in helping HERA accomplish its mission to stop the loss of women from ovarian cancer by promoting Health, Empowerment, Research, and Awareness.

According to the American Cancer Society, one in 72 women will be diagnosed with ovarian cancer in her lifetime. With early detection, about 94 percent will survive longer than five years after diagnosis; however, only about 20 percent of ovarian cancer is caught early. It ranks fifth as the cause of cancer deaths in women and accounts for more deaths than any other cancer of the female reproductive system.

About our nonprofit partner, the HERA Foundation:
Established in 2002, the HERA Women’s Cancer Foundation is a 501(c)(3) nonprofit organization whose mission is to stop the loss of women from ovarian cancer by promoting Health, Empowerment, Research, and Awareness. As a nationally recognized ovarian cancer organization, HERA provides funding for cutting-edge research grants to scientists at respected medical institutions. In so doing, HERA attracts more young researchers to expand the scientific understanding of ovarian cancer while improving the lives of those battling the disease. In addition, HERA awards grants to local community groups to raise awareness about the disease in novel and unusual ways. More information is available at www.herafoundation.org.